Who Are Imagine If?

Chesca is the Founding Artistic Director of Imagine If Theatre as well being a writer, social change maker, performer and producer. Chesca founded Imagine If in 2014 and has grown the company from its initial inception to a fully operational theatre company and registered charity raising over £250,000 in funds. Through Chesca’s working class roots, exposure to the care system and abuse on her doorstep, she uses her first-hand experience to inform the excellent theatre and prison interventions that Imagine If creates and she is passionate about working with those underrepresented in the arts.

Deborah is a freelance Creative Theatre Producer and works as Producer at Mind the Gap, previously as Assistant Producer at the Octagon Bolton. She has 20 years of experience in production including management of large-scale projects and budgets. Deborah has worked for a number of theatre companies including Full Body and the Voice (now Dark Horse), a theatre company for adults with learning difficulties where she produced five national touring shows. She joined Freedom Studios in 2009 as Creative Producer and took over as Chief Executive in 2011, producing a range of ambitious and exciting large scale, site specific theatre events for the company. Deborah has also worked as a television researcher and producer on one-off documentaries, drama and series at the BBC and as a freelancer. She had her own production company Foxy Films whilst living in France which specialised in documentaries about warfare.

Tamsin is a freelance Workshop Facilitator, Theatre Director and Performer. Previous Work spans across diverse community groups including veterans, homeless young men, unemployed people and women with refugee/asylum seeking status. Most recently Tamsin spent time in prisons and youth detention centres in Santiago, Chile. Whilst there she worked with offenders to facilitate drama sessions based on civic participation; devise material for a new show based on parentification; and create drama through storytelling for a peer performance. Experienced in site based performance; whether directing in tiny rooms of a former train station, for projects which span a whole city or an office block, Tamsin relishes the opportunities and challenges of transforming familiar spaces to present new writing or devised performance.

Lydia studied Applied Theatre and Community Drama at the Liverpool Institute for Performing Arts and graduated in 2019 with a first class degree. She now works as a Freelance Facilitator for Imagine If on the Bird on the Wing interventions in various prisons (HMP Lindholme, HMP Moorland and HMP Haverigg). As well as working in the Criminal Justice System, she has experience of working in schools, pupil referral units and with local community groups. She is very grateful to Imagine If for allowing her to facilitate their fantastic rehabilitation project and she hopes to work on many more in the future!

As choreographers, performers and teachers Errol and Davina have over 25 years of experience, including five years as Rehearsal Director’s performers and choreographers with Scottish Dance Theatre. Errol is a recipient of the Dance Europe Magazine’s Critics Award for Best Male Performer (2003/2004), the Marion North Mentoring Award for Choreography (2002), and the Lisa Ullman Travelling Scholarship Award (2009).

Throughout her career Davina has received several awards including the Critics Award by Dance Europe Magazine (Best Female Performer 2001/2002), The Mitchell Dance award (1993), and a nomination for the highly-prized Outstanding Young Artist category in the Critics Circle Dance Awards (2002).

White & Givan’s productions include the successful and critically acclaimed works Three Works (2009), IAM (2012) and Breathe (2014). Throughout spring 2016/17 White and Givan toured Breathe, taking the work to venues across Scotland & the U,K receiving critical acclaim from reviewers and audiences.

In 2015 White & Givan were invited to work with Orla O’Loughlin, Artistic Director and Joint CEO of the Traverse Theatre,  as Movement directors and Choreographers for the new play Swallow by Stef Smith. Swallow won the Scotsman First Award and the Scottish Arts Club Theatre Award-First Place when premiered in the 2015 Fringe Festival at the Traverse. Following on from the success of the initial collaboration they worked with the Traverse Theatre on their subsequent productions including Tracks of the Winter Bear, Milk, Grain the Blood, Girl in the Machine (Stef Smith) and most recently Meet Me at Dawn (Zinnie Harris).

In 2016 White & Givan were invited to work with Francesca Joy and Imagine If Theatre for You Forgot the Mince, and more recently they 2019 production of Jadek. Also, in 2019 they were awarded funding from Creative Scotland for the creation and tour of their new production Worn premiering in Spring 2020 followed by a tour in Scotland.

Lee is a multi-instrumentalist composer, music producer and sound designer from Manchester, now based in Sheffield. His passion for music and collaboration has led him to work in bands, write for singers and compose for theatre, dance and film. Lee’s recent work includes composition and sound design for the Cardboard Citizens show Who Are Yer?, Aboutime’s touring dance piece Cotton and Fallen Angels’ collaboration with Birmingham Royal Ballet for the show The War Within. He’s also composed original live scores for silent films Metropolis, Nosferatu and The Passion of Joan of Arc. In 2019 Lee worked on the Imagine If show ‘Jadek’, the Utopia Theatre play ‘How Far Apart’, and also a new collaboration with Fallen Angels Dance Theatre.

Lee is also an Associate Artist with Bare Project and the Dukes Theatre.

Anne has twenty years experience working as a freelance Facilitator, Performer, Writer and Director and has worked in a variety of theatre, community, education and corporate settings. Having started out as an actor, Anne found herself becoming increasingly focused on developing and delivering drama based participatory projects in community settings. This led her to undertaking an MA in Applied Theatre at The University of Manchester and specialising in working within the Criminal Justice System. Underlying all of Anne’s work is the belief in the possibility of individual change and the potential or capacity that every person has to take responsibility for their life and the decisions and choices they make.

Hannah is a freelance theatre and film producer focused on making work that tackles social and political issues. In 2016, she was awarded a Winston Churchill Memorial Trust Fellowship to travel to the USA and India to research how the arts can effectively combat and raise awareness about issues of social injustice. She is an alumni of The Clore Emerging Leaders course, Stage One, and Raindance. Theatre credits include: Dry Land (Jermyn Street Theatre, Damsel Productions); All The Little Lights (UK Tour, Fifth Word); Eggs (Vault Festival, Orphee Productions) and Astronauts of Hartlepool (Vault Festival, Tim Foley). Film credits include: Broken Meats (Robin Linde Productions); and the London Calling funded short Wargames (working title).

Susan Burns is the CEO/Creative Producer of Chol Theatre, which specialises in cultural education and community theatre projects. She has worked for the Arvon Foundation, Short Stay Young Homeless Project, Alone in London Service and the National Association of Writers in Education. She has an MA in Writing from Sheffield Hallam and a degree in English and History from Leeds University. Originally from Liverpool, she now lives in Hebden Bridge.

Andrew has had a long career in financial services both customer facing and back office. He holds qualifications in Banking from the Institute of Financial Services and in Project Management from Prince2. Whilst principally running his Business Support Consultancy, Andrew also works regularly as a Supporting Artist for Film and TV. Having always had a passion for performing arts and also a strong sense of social justice, being a Trustee of Imagine if Theatre represents a perfect meeting of the two things close to his heart.

Sarah is a freelance Theatre Producer and Bookkeeper. Sarah’s financial experience comes from her role as a Company Development Manager at Open Clasp Theatre Company and Company Secretary at Ant Brown Ltd. She has recently completed her AAT Advanced Diploma in Accounting. Prior to this she worked as a Programmer and Assistant Producer for Northern Stage, Newcastle. Having completed a degree in acting at Italia Conti, Sarah has remained passionate about working in the theatre.

Kate is an experienced administrator having just completed 17 years working for the Civil Service.  Having previously worked in administration and Front of House roles with Interplay theatre, the West Yorkshire Playhouse, Impact Community theatre and most recently Leeds Light Night, Kate wishes to refresh her skills and experience and return to working in the arts. Kate has a BA (Hons) in Humanities/Social Studies from Manchester Polytechnic and an MA in Arts Administration from Anglia Ruskin University and is keen to combine her interests in the arts and social issues in her role with Imagine If.  In her spare time, Kate enjoys going to see a range of theatre productions, tap dancing and spending time with her husband, two daughters and two cats.

Elle is an MA Performance Design student at The University of Leeds. Whilst doing an undergraduate degree in Economics at Newcastle University, Elle was a member of the Newcastle University Theatre Society (NUTS) and was part of the creative team on 15 shows in 3 years. She has directed, designed and produced at a number of venues, most notably Northern Stage in Newcastle, Stage@Leeds and at the Edinburgh Fringe Festival. She worked as Assistant Producer on Jadek and loved going on tour with the Imagine If crew! Elle also enjoys writing plays, going to gigs and festivals, and holidays to Europe (especially Berlin).

Mima is a fourth year English Literature and Theatre Studies student at the University of Leeds. She has just completed a year in industry with a marketing agency and is looking to continue developing her skills by volunteering with Imagine If Theatre. Earlier in 2019 she performed in Dinner 18:55 at the Leeds Playhouse, which was a piece of devised intergenerational theatre focusing on how meal times can bring generations together. She is also mad about everything Greek Theatre and is currently embarking on a research project into the portrayal of marginalised female characters in Ancient Greek Tragedy.

"We want rehabilitation, now that would be amazing. But Grenfell victims still need accommodation. And we still nee… t.co/S2Ec3ZU1LO 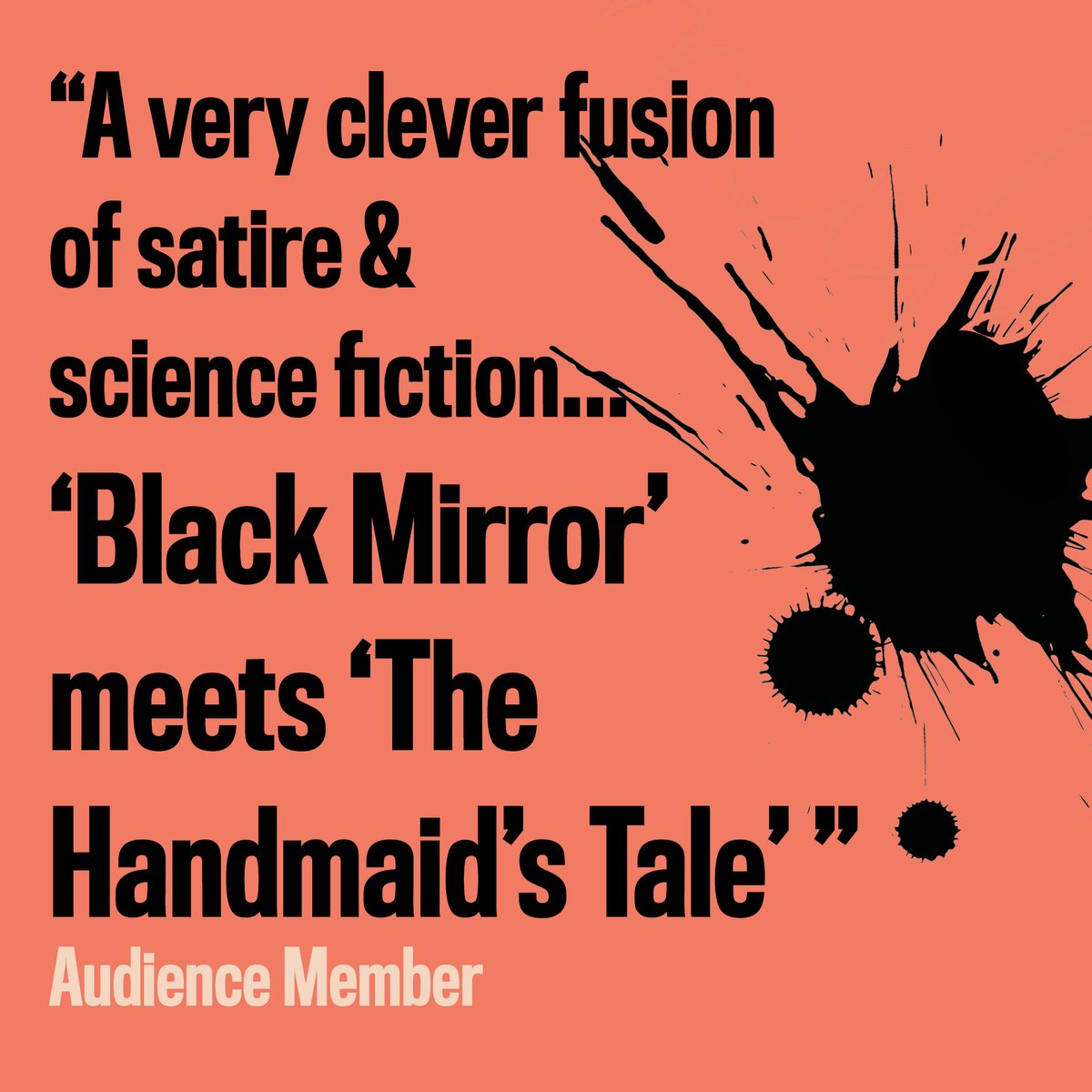 📢We are casting!📢 We are looking for a female-identifying actor of Afro-Caribbean heritage to play the diligent, d… t.co/BchuKqV5W7